Ducks aren’t considered the most beautiful of creatures, but if you’ve spent any time observing them, there are a few things you’re bound to notice. And they’re things I happen to admire and see in myself and other designers.

Ducks spend a large amount of time in the water, both on top of it and diving down into into it. Their feathers are strategically designed and placed  in such a way to shed nearly all water off their bodies.

I’m kind of like that with criticism and feedback. Don’t get me wrong, I believe criticism and feedback are essential to produce the best work, but designers – or just people, in general – need to be careful where that feedback/criticism is coming from. If it’s a mentor, an expert, or someone you trust with good judgment, take it seriously. But if it’s someone with little or no experience or someone whose opinion you don’t value (or even ask for, in some cases), ignore it if you want. Or take one or two of their suggestions, but not all. And don’t feel bad about it. The same goes with trying to please everyone. It’s not going to happen, so when someone complains, just let it drip right off your back.

If you’ve ever fed a group of ducks, you know what I’m talking about. As soon as one duck knows there’s food available, all of a sudden, ALL the ducks know there’s food available … and they know exactly what direction to go to get it, even if they didn’t see for themselves where it was. Ducks somehow communicate this information to each other, suggesting a level of cooperation. “Hey, there’s food! Come join us!” they seem to say. But when it comes time to eat the food, all of a sudden, it’s every duck for himself. They fight over it. If they had no intention of sharing, why did they call all the other ducks over?

I think the design industry is very much like this. Fellow graphic designers admire and compliment each other’s work, even giving feedback to projects mid-process that aren’t their own. It’s a collaborative industry and that’s one of my favorite things about working with other graphic designers. But we sure can be competitive – in a friendly way.

Incidentally,  if you watch ducks once the food is gone, they’re all friends again. No hard feelings.

3. They’re serene on the surface, but paddling away underneath
This is a very common analogy with ducks. On the surface of the water, all you can see is the head and body gliding along lazily. But if you could see underneath, you’d see the steady paddling of webbed feet.

This is one of the biggest problems I have with managers or clients who don’t understand how creative minds work. On the surface, it might look like I’m lazily reading a book, surfing the internet, or doodling in a notepad. But in truth, I’ve just started a proven creative process and I’m researching and seeking inspiration. My mind is alive and paddling away coming up with ideas. Many of those ideas will never be seen by anyone other than myself. Even after a great idea session, I’ll probably go focus on something else for awhile and then come back to the project fresh before continuing. It’s the best way to come up with great ideas, so give your designer ducks a chance to do what they do best … swim!

4. Ducks are great mothers
Mother ducks seem to always know where their babies are or if they’re in distress. They also “take them under their wing” to protect them from the elements and other dangers before they’re ready to go out on their own. But mother ducks also know they can’t protect their ducklings from everything. In fact, they seem to know that letting their little ones experience limited pain and life on their own will result in a stronger grown-up duck.

This is similar to my view in developing and mentoring creative individuals and teams. I love to take new and blossoming designers “under my wing” to help them navigate through things like portfolio development, interviewing, and  the creative process. But at the same time, I believe exposure to criticism and rejection can result in a better grown-up designer.

Yup … if I were an animal, I would most definitely be a duck. 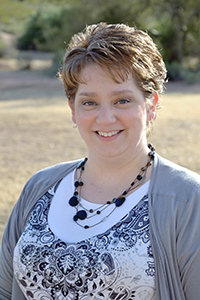